July 6, 2020
Being a movie buff it’s my favorite pastime to find some good movies to watch. What I prefer is some offbeat thought-provoking movies. So today, I have compiled some unusual hidden gems of Bollywood which can be in the list of favorites of every audience.
Must read:
10 Best Animated Films To Enjoy 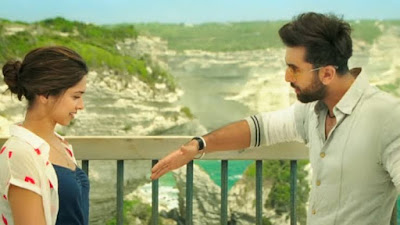 Tamasha might not have been a commercial success, but it certainly established Ranbir as a mature actor. This one is an underrated gem.
Tamasha is the story of an individual who is trying to follow the norms of society to be happy. Though, deep within he wants to be someone else. Will he be able to find happiness and love by accepting himself? Watch this modern classic to find out.
This film is directed by Rockstar, Jab We Met fame Imtiaz Ali. This is the second collaboration of Imtiaz and Ranbir.
Ranbir Kapoor is beautifully cast. His trademark mix of assertive theatricality and subtle emotion was well suited to the role of a complex character in this film. This character reflects almost any random person who find themselves detached under peer-pressure.
Watch it on Netflix
Iqbal 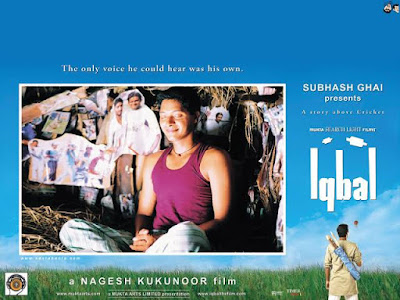 Iqbal, a boy hard of hearing and without speech, wanted to be a part of the Indian cricket team. This is one of the best motivational films Bollywood has ever made. Shreyash Talpade played the lead character beautifully.
This film is directed by Nagesh Kukunoor and also starred Naseeruddin Shah and Girish Karnad. Kapil Dev did a cameo in this film.
If you are a die hard fan of cricket, this is a must watch for you. Iqbal is a very feel good uplifting movie with some inspirational messages.
Watch it on Netflix
Kadvi Hawa 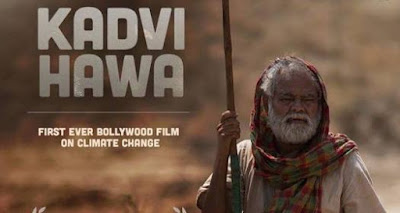 Kadvi Hawa is a 2017 hindi drama film directed by Nila Madhab Panda starring Sanjay Mishra. This is one film which I feel everyone should watch. But I think many people didn’t hear about this gem. It is a heavily underrated movie.
Kadvi Hawa, which means ‘Bitter wind’, is a story of a blind farmer and a bank recovery agent, whose lives are impacted by climate change. Both are willing to go to any length for the sake of their family. What does fate have in store for them?
Sanjay Mishra delivers one of the best performance is this film. Mishra gives the performance of a lifetime and perhaps ‘Kadvi Hawa’ could become one of the flagship movies of his scintillating career.
Watch it on Zee5
October 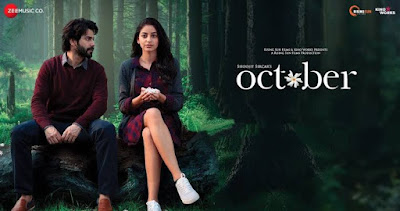 October is a coming-of-age romantic drama released in 2018. Starring Varun Dhawan and directed by Sujit Sircar. This is another one of the best movies of Varun’s following Badlapur. This is a commercial flop but was critically acclaimed because of its unusual offbeat romantic story.
Dan and Shiuli two interns are brought closer in an unexpected accident of the latter’s. Circumstances obliged Dan to get close to Shiuli. Eventually, they develope feelings for each other and establish a bond unlike any other which leads to an internal awakening.
No songs, no big starcast except Dhawan, no predictable storyline made this film amazing.
Watch it on Amazon Prime
Udaan 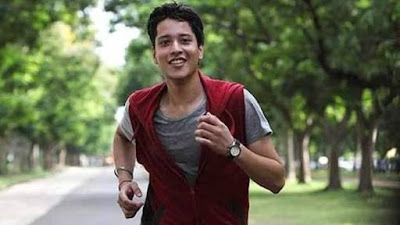 Udaan is one of my favourites. This film is a 2010 coming of age drama film directed by Vikramaditya Motwane and produced by Anurag Kashyap and Ronnie Screwwala. It stars Rajat Barmecha, Ronit Roy etc.
Udaan follows the main character Rohan, a teenager who is forced to live with his oppressive father in Jamshedpur after being expelled from a boarding school.
In the 2010 Cannes Film festival, Udaan premiered in the UN Certain Regard of the film festival and received a standing ovation. The film was also screened at the Giffoni Film Festival and the 2011 Indian film festival of Los Angeles. Despite being critically acclaimed, it underperformed at the box-office. But this film bagged several awards at the Filmfare.
This is one of the hidden gems of Bollywood.
Watch it on Netflix , Amazon Prime
1971 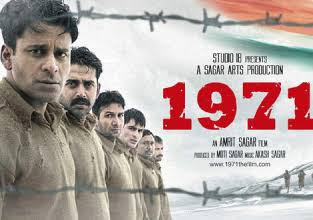 1971 is a 2007 war movie based on true events of 1971 Indo-Pak war. This film revolves around 6 brave indian soldiers who escape from the Pakistani camp to the Indian border. They risk death with honour and courage with sacrifice to their journey home.
Very thrilling and engaging 1971 won the National Film Award for best feature film. The film starred Manoj Bajpayee, Piyush Mishra (who also wrote the script of this film), Ravi Kishan, Deepak Dobriyal, Kumud Mishra etc. Directed by Amrit Sagar. This is one of the best Indian movie of this genre.
Watch it on YouTube
Mumbai Meri Jaan 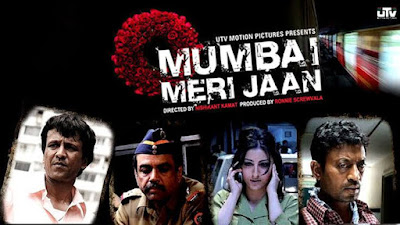 Mumbai Meri Jaan is an outstanding creative work by director Nishikant Kamath depicting the true Spirit of Mumbai with shades of every aspect. K.K. Menon, R. Madhavan, Irrfan, Paresh Rawal and Soha Ali Khan were excellent on there own. This movie will be set on your mind for a long time.

The movie presents the difference in various point of views from which people looked at the incident of Mumbai Train Blasts in 2006. At one level, it shows how people would move on in life, overcoming the fear of terrorist attacks.

Rocket Singh- The Salesman of the Year 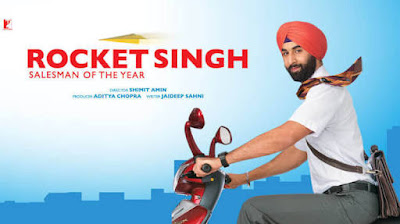 Rocket Singh is a 2009 satire directed by Shimit Amin of Ab Tak Chhappan & Chak De! India fame. This film has a unique concept of establishing start-ups in the field of sales. It is centered around a young college grad who wishes to enter the field of sales and marketing. Ranbir Kapoor played the role perfectly in this film. Well acted, well directed this film is highly recommended.
Watch it on Amazon Prime
Bhavesh Joshi Superhero 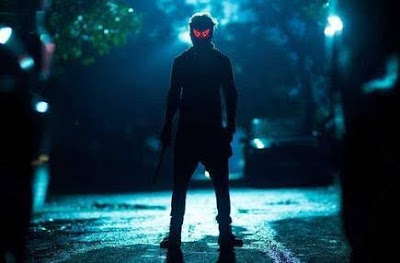 If you are a fan of Batman or any kind of vigilante movies you can definitely check this one out. I think you guys can find this film being a pure adrenaline rush.
Bhavesh Joshi Superhero is a 2018 indian vigilante action film. Sikandar is a young man who becomes a vigilante with a masked costume for a mission of revenge. The mission soon turns into an innate desire to stop corruption.
Directed by Vikramaditya Motwane this movie has mixed reviews and was a box office failure. But this film is one of my favourite action movies. I also recommend you to watch this film if you like serious contents.
Also read:
Top 25 Edge Of Seat Action Thrillers to Enjoy in Quarantine
Watch it on Netflix
Madaari 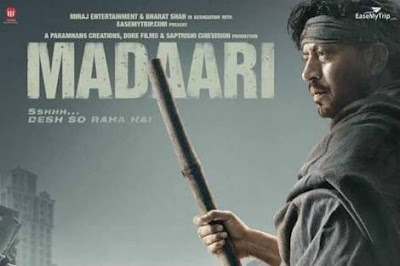 Madaari is another great movie of my all-time favourite actor, the evergreen Irrfan Khan, may he rest in peace. This film is also an underrated one. It wasn’t successful yet very relevant to present times. Drishyam director Nishikant Kamath has directed the movie.
Due to the negligence of government Nirmal (Irfan Khan) lost his son. He kidnapped the ten year old son of the home minister to take revenge. This well-acted and well-written intense drama will surely keep you on the edge.
Watch it on Zee5
The Stoneman Murders 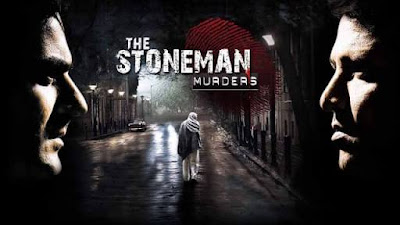 The Stoneman Murders is a neo-noir crime thriller based on real life infamous serial killings of the same name which took place in Mumbai in the 80’s. Suspended sub inspector Sanjay Shelar (K.K. Menon) sees the case as an opportunity to get his job back. With a very thrilling storyline the flick will offer you an excellent watch.
Watch it on Amazon Prime, Disney+ Hotstar 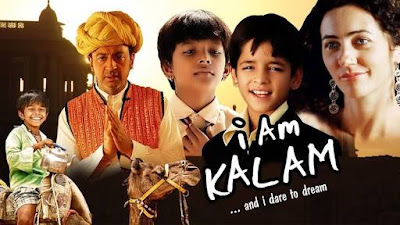 I am Kalam is a movie which revolves on a poor boy named Chotu who is an admirer of Dr. APJ Abdul Kalam, former president of India.
Inspired by Dr. Kalam, Chotu changes his name as Kalam and dreams to meet him. The film which was featured in the Cannes Film Festival bagged several awards.
It is a very interesting and rare type of inspirational film. Everyone needs to watch this as well as the students.
Watch it on Netflix , Amazon Prime
Let me know in comment box how you find the list of these hidden gems of Bollywood. If I miss any better one please suggest.
Instagram
Facebook
Twitter
*Image: source
« Previous PostNext Post »