Whenever you are thinking about Hollywood action film franchises with multiple parts, one of the names that pops up very often is Fast and Furious. Amazing car stunts and adrenaline-filled action scenes are the defining traits of this franchise. The series started with nothing but street racing and small heists but the recent installments are something bigger.

I am here with my ranking of the Fast and Furious movies. So let’s start with this. 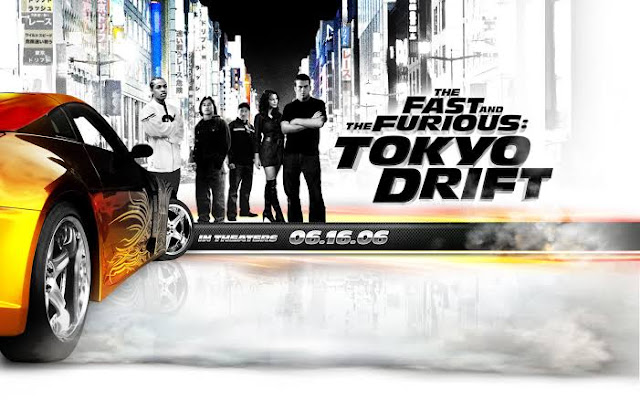 In order to avoid jail time an errant car racer, Sean Boswell was sent to live with his father in Tokyo. He finds himself in trouble again when he became a major competitor in drifting.

This is the third movie of the franchise. According to the timeline, this is the seventh.
You don’t find the major characters of FF (except Han) in this movie but still, it is a good one. Personally, this is my least favorite Fast and Furious movie because I didn’t find the feel which I got in the next parts. Still, I enjoyed it thoroughly as a stand-alone. Trust me you may also enjoy watching the drift racing in this film.

Do watch and get a surprise in the end! 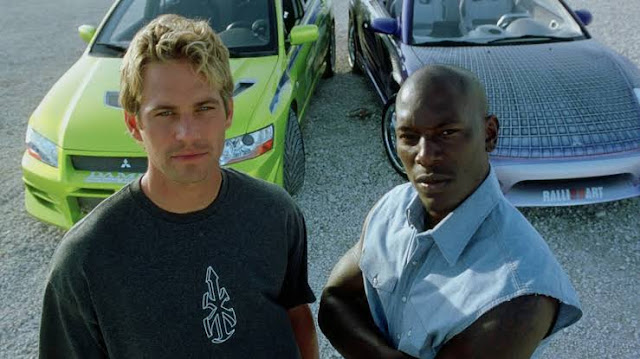 Brian O’Conner, a former officer and Roman Pierce his ex-convict friend teams up. They have to bring down Verone, a drug lord, to erase their criminal record.

It’s a need for speed type of film that can entertain you first to last. Those who watched this film can’t forget the superb climax action scene with more than a hundred cars or the individual car rides in the end. Like every FF movies, it also starts with an amazing car racing. But Vin Diesel is absent here. Probably this can be the reason why 2 Fast 2 Furious is down in my ranking. This also paled a bit in comparison to the other movies. 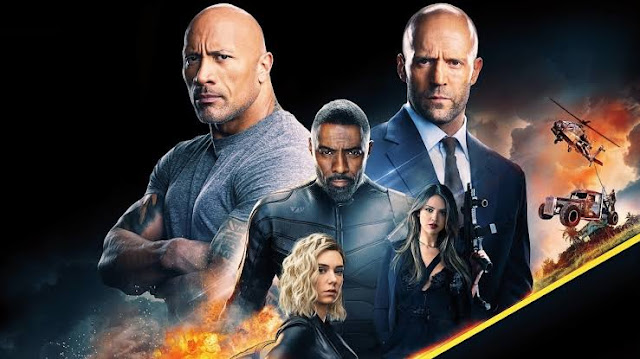 Hobbs and Shaw stars Jason Statham as Deckard Shaw, Dwayne Johnson as Luke Hobbs and Idris Elba as the main antagonist Brixton.
The last year’s spin-off movie of the franchise did very well in the box office, yet it doesn’t provide the complete satisfaction. Idris Elba gave a power-packed performance in this film. Jason Statham’s witty dialogues made me laugh while Dwayne Johnson’s hulk-like actions were just amazing! 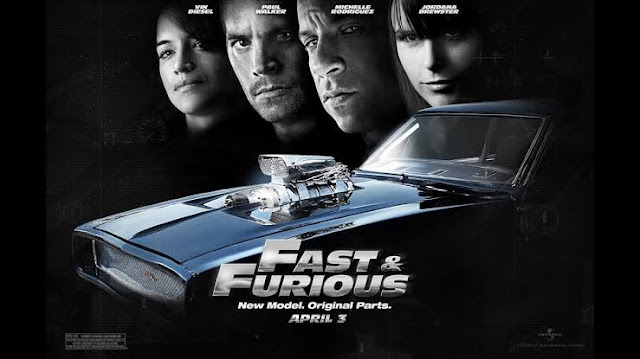 The fourth movie in the franchise which is set after 2 Fast 2 Furious according to the timeline. This film added some big incidents in the series, first of all, the death of Letty. Vin Diesel is back as Dominic Torreto. Also this film introduced Gal Gadot of Wonder Woman fame in the series. Here, Dominic Torreto and Brian will take down heroin importer, Arturo Braga.

With the dynamic stunts in the Dominican Republic, Fast & Furious begins. Dom and others are involved in a hijacking business there. This film ends with a cliffhanger which can make you curious for the next part.

Now the civil war in Fast and Furious is here! A mysterious woman, Cipher gets Dom involved in the world of terrorism. Then Dom’s friends must reunite to stop Cipher and save Dom from her.

The Fate of The Furious has plenty of car stunts, races and large scale action stunts. This is the eighth installment of the series. How can the FF fans forget the last plane sequence? A multi starer movie where the action is all. The climax is just jaw-dropping. Those who loved ‘Rock vs Statham’ fight scene have another surprise here. Charlize Theron is a scary villain. Her performance is fantastic. 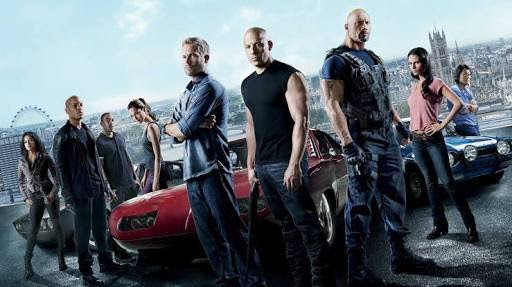 With high-octane humor and terrific action scenes, Fast & Furious 6 will offer you a first to last entertainment.

Hobbs has Dominic and Brian reassemble their crew to take down a team of mercenaries which led by Owen Shaw.

After the huge success of Fast Five, Lin and Morgan delivered a bigger and broader flick with the sixth installment. The film that serves as the bridge between part five’s perfect evolution of the series formula and part seven’s blockbuster lunacy. You will watch ‘The Rock’ again after the previous one.
Opening track ‘We Own It’ is my all-time favorite. 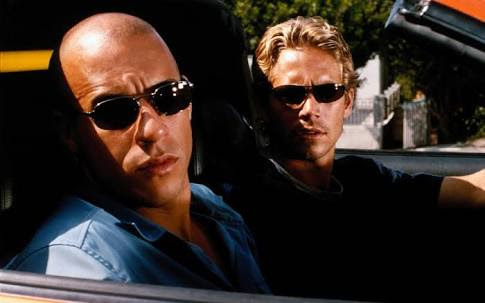 In 2001, this flick kick-started the franchise. The Fast & the Furious will let you enter the world of Fast and Furious, a world of illegal street racings and heists, which is full of adrenaline pumping entertainment.

Brian O’Conner was sent undercover to destroy the street racing world. There he befriended Dominic Torreto, his sister Mia, his girlfriend Letty, Vince, Jesse etc. The Fast and The Furious started a new franchise that established Vin Diesel’s film career as Dominic Torreto. Every FF fan knows how crazy this film was. You will be cheering Dom and his team in every dangerous stunt they perform. 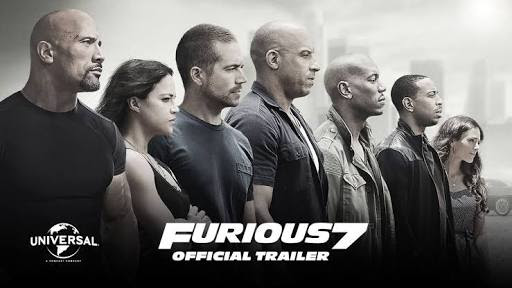 Dominic and his family are caught in a quagmire when Shaw’s brother Deckard seeks bloody revenge. They must not only deal with their enemy but also save a crucial program from falling into the wrong hands.

This is the highest-grossing Fast and Furious film. Its huge success gave the toughest competition to Bollywood at the time. Everyone went to watch Furious 7. As a result, every Bollywood film failed to do well in box office.

Furious 7 was very emotional to every Fast and Furious fan due to the death of Paul Walker. The film ends with the retirement of Brian after marrying Mia and having a child. As a tribute to the late Paul Walker, a beautiful song See You Again by Charlie Puth and Wiz Khalifa plays at the end which left many fans with teary eyed.

How can I forget the addition of Kurt Russel, Djimon Hounsou, Game of Thrones star Nathalie Emmanuel and one and only Jason Statham? It was bigger than any other FF movie.

Now, this is the time for the best one in my book. Fast Five was a total roller coaster ride for any action movie lover. Car racing, chase sequences, plot twists, a train stunt on the first scene and finally the collisions between Vin Diesel and Dwayne ‘the Rock’ Johnson is just extraordinary! By the way, this film introduced Luke Hobbs (Dwayne Johnson‘s character) to us.

Brian and Dom plan to bring their team together to do a massive heist to buy their freedom after being betrayed by a powerful Brazilian drug lord.

Must read- Top 17 Adventure movies of All Time

We all are now in a pandemic situation where many movies postponed. Fast 9 was one of them. We are eagerly waiting for this one. John Cena was a new addition in this film as Jacob Torreto. So just imagine, how great actions we can watch.

Ok, thanks for scrolling. Let me know how you find this ranking in comment box.