Hello guys, I am here with another new post after a long gap. Let me ask you a question first. Do you watch horrors? If you pick ‘no’ this blog is a first to last recommendation to you. If yes, can you guess how much excited will you be as you see a list full of your favs?

Horror means to me an intense feeling of fear, shock or disgust. It can be caused by not only ghosts or supernatural creatures, but also by sadistic people or psychopaths.

Here I’ve collaborated on a compilation of some scariest horror movies from the last two decades.

The Autopsy of Jane Doe 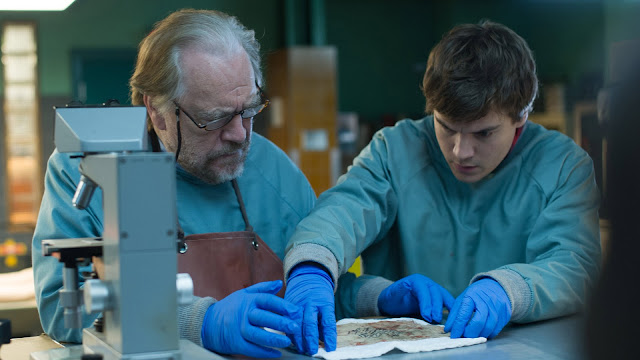 One of my favourite horror flicks is The Autopsy of Jane Doe, released in 2016. Directed by André Øvredal. Every time I watch it, feel tensed and panicked every moment watching this.
Now coming to the plot. A father and a son both coroners are pulled into a complex mystery while attempting to identify the body of a young woman, ‘Jane Doe’. Then they find increasingly bizarre clues and face some kind of horror.
Okay, can’t say more without spoilers. If you love the genre, it’s yours then.
Watch it on Amazon Prime 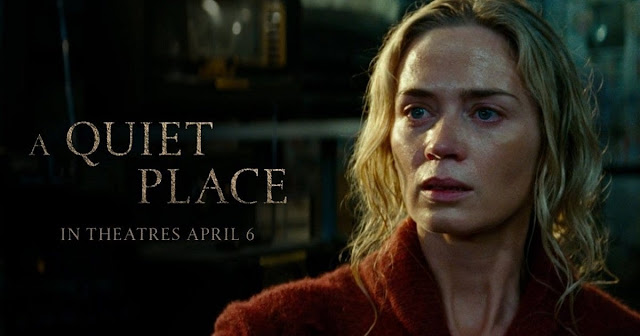 A family must survive in a world where some blind but noise-sensitive creatures have attacked and killed most of the men. So they are forced to communicate in sign language to keep the creatures at bay.
Emily Blunt and John Krasinski starred in this 2018 film. Krasinski also happens to be the director.
A major part of A Quiet Place has no dialogues or noise. That makes the moments scarier. The cast will definitely absorb you into their terrifying world.
Watch it on Amazon Prime 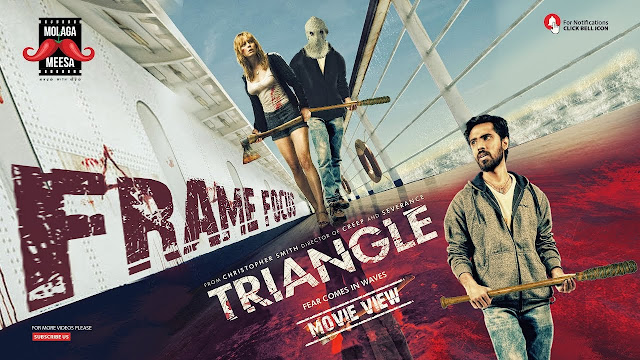 One of the masterpieces I’ve ever seen! Triangle is just a mind-bending film! Every horrific moment filled with twists will send a chill down your spine.
After a storm upturned their yacht a group of people finds themselves helpless. Then they found a ship close by. After getting on it they soon realised that they are in great danger. What kind of danger? Sorry, I can’t tell!
It’s one of the most underrated movies.  Though I think it is a very unique and well-put story with mysteries. If you need a brain-teaser session, this is absolutely for you.
Watch it on Amazon Prime 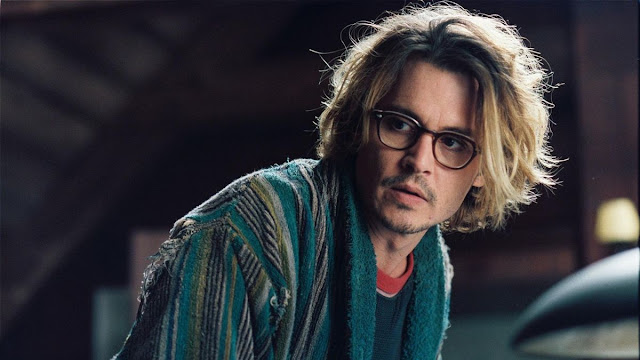 A successful writer in the midst of a painful divorce is stalked at his remote lake house by a would-be scribe who accuses him of plagiarism.
This movie is based on Stephen King’s novel, Secret Window, Secret Garden. Directed by David Koepp. This is a very underrated movie by Johnny Depp. With some major plot twists and scary moments, Secret Window may blow your mind.
You may love watching the superb performances of the actors, especially Johnny Depp. It’s a dark psychological thriller with a dark ending that is pretty satisfying as well.
Watch it on Netflix 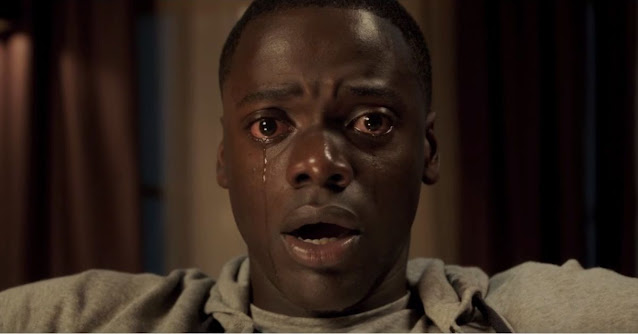 A fabulous work that doesn’t disappoint movie lovers. Director Jordan Peele goes where horror has rarely gone before: straight into American racism.
Chris, an African-American man decides to visit his Caucasian girlfriend’s parents during a weekend getaway. At first, Chris reads the family’s overly accommodating behavior as nervous attempts to deal with their daughter’s interracial relationship. As the weekend progresses, a series of increasingly disturbing discoveries lead him to a truth that he never could have imagined.
Get out is an amazing horror..having a really different and creative plot as compared to horrors which I have watched till now. It doesn’t have any unnecessary scenes and dialogues, every scene keeps importance, and if not those scenes are not boring and don’t feel like why are they trying to extend it unnecessarily.
Watch it on Amazon Prime 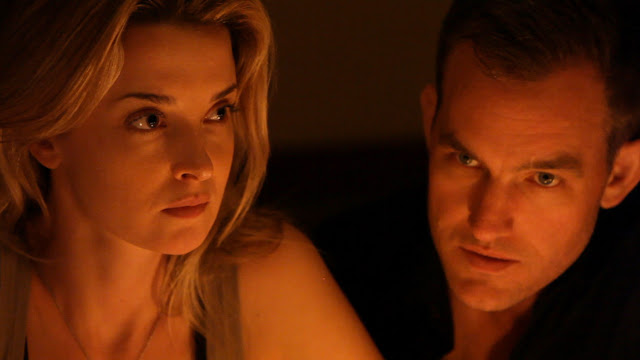 Strange things begin to happen when a group of friends gathered at a dinner on an evening when a comet was passing.
Coherence is a truly underrated gem. This movie has thought-provoking concepts too. Some scenes are scarier than some well-known ghost movies.
So horror lovers, just check this out for once. Seriously, I think you will be happy watching this. Though it is an underrated film, Coherence is really a unique one. A great job is done by director James Ward Byrkit. What’s the bonus in it is that there is no excessive use of computer graphics. This leads to an experience that feels grounded and authentic. Sometimes simplicity really is best. Mind-bending and quite terrifying, the cosmic horror vibes are strong with this one
Watch it on Amazon Prime 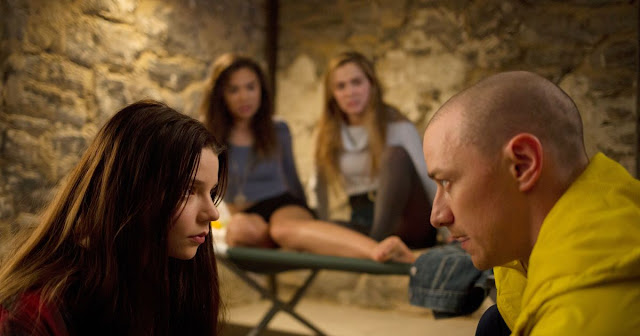 James McAvoy starring in Split is a psychological thriller. In Split James McAvoy plays the role of Kevin, who is suffering from dissociative identity disorder and has 23 alter egos. He kidnapped three schoolgirls. They must have to figure out his friendly personas before he unleashes his 24th personality.
A pure roller-coaster ride Split is perfect not only for the lovers of this genre but also for quality movie buffs. This sequel of Unbreakable is directed by M. Night Shyamalan, the director of The Sixth Sense.
Also, the unique storyline has made me overwhelmed.
Watch it on Netflix 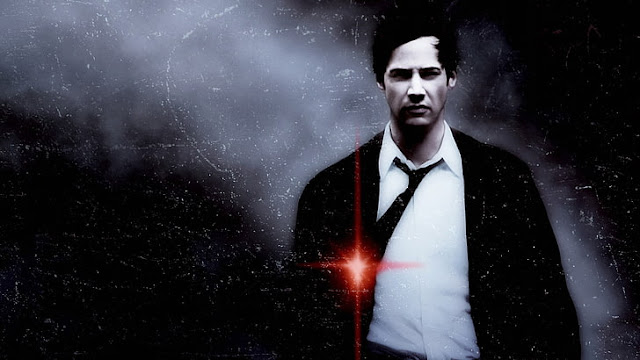 Supernatural exorcist and demonologist John Constantine helps a policewoman prove her sister’s death was not a suicide, but something more.
The character of John Constantine was introduced by comic book writer/creator Alan Moore while writing the Swamp Thing in June 1985. In 1988, the character of John Constantine was given his own comic book title, Hellblazer, published by DC Comics.
John Constantine’s role was played by our John Wick actor Keanu Reeves.
I have to admit that watching this unique hair-raiser is really an amazing experience. A superb protagonist played by a similarly impressive Keanu Reeves, the screenplay has got it all right: the action, the characters, the scares, the visual effects, and many more things.
Watch it on Netflix
Must Read:- Top 25 edge-of-the-seat action-thriller movies to enjoy in quarantine 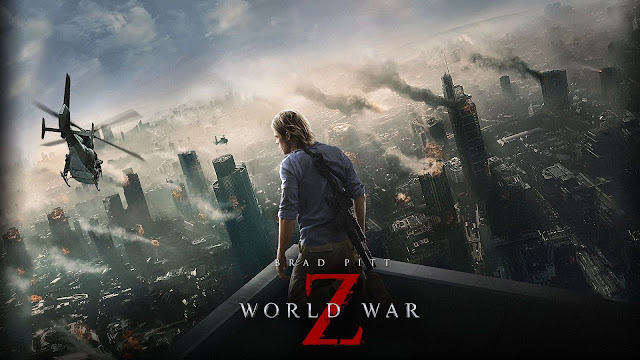 World War Z is a 2013 apocalyptic zombie thriller starring Brad Pitt. No doubt the experience of watching this will bring you a total adrenaline rush. I found it very entertaining with good acting, and intense moments of the outbreak.
Gerry, a former United Nations employee, unexpectedly finds himself in a race against time as he investigates a threatening virus that turns humans into zombies.
It also has a video game that was developed by Phosphor Games Studio and released for the iOS mobile platforms in May 2013. The game is a spin-off. It is set in Denver, Kyoto, and Paris, and featuring an entirely different set of characters.
Watch it on Amazon Prime 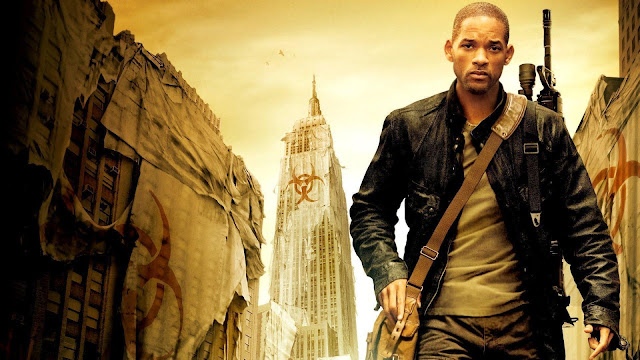 The last human survivor of a plague in the whole of New York, Robert Neville attempts to find a way to reverse the effects of the man-made virus by using his own immune blood. The way they created the look of manhattan in this film was just wonderful.
Will Smith pulls off one of his best acting as Robert Neville here. He has his days planned out and still attempting the research to find a cure for the virus is a key part of the development of both character and the plot.
Smith is one of my favorite actors. Like his other movies, he also did a nice job in I Am Legend. This fantastic action thriller opened the largest-ever box office for a non-Christmas movie.
Watch it on Amazon Prime 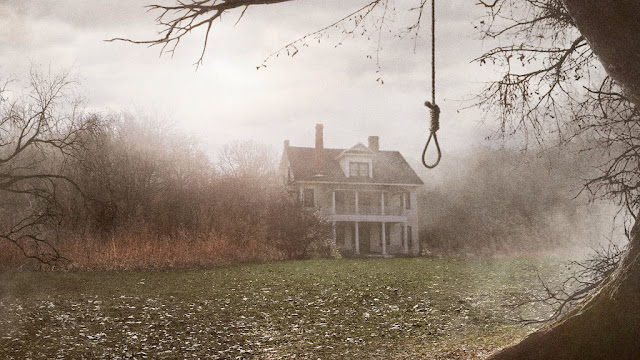 This is based on the notes of paranormal investigators who tried to help the Warren family that’s tormented by a dark presence.
The Conjuring received positive reviews from critics, who praised the performances, direction, screenplay, atmosphere, and musical score.
It was also a blockbuster that collected $319 million worldwide while the budget was $20 million.
This film is one of the most iconic horror movies today. If you are looking for a scary thriller with demons and ghosts, this is just for you. Some hair-raising moments will scare you too much.
Watch it on Netflix
Thanks for reading. Hope you enjoyed this. If you have any suggestions you can tell me in the comments.

This blog post is part of the blog challenge ‘Blogaberry Dazzle’ hosted by Cindy D’Silva and Noor Anand Chawla.