Top 17 Adventure movies of All Time

Who doesn’t love adventures? Who doesn’t feel thrilled in adventure? Every child inside of us loves adventures. It gives us an adrenaline rush. Good adventure elements make a movie special and let us escape from our world of stress, anxiety into an imaginary world. Today I have listed down some such movies which you love to watch. 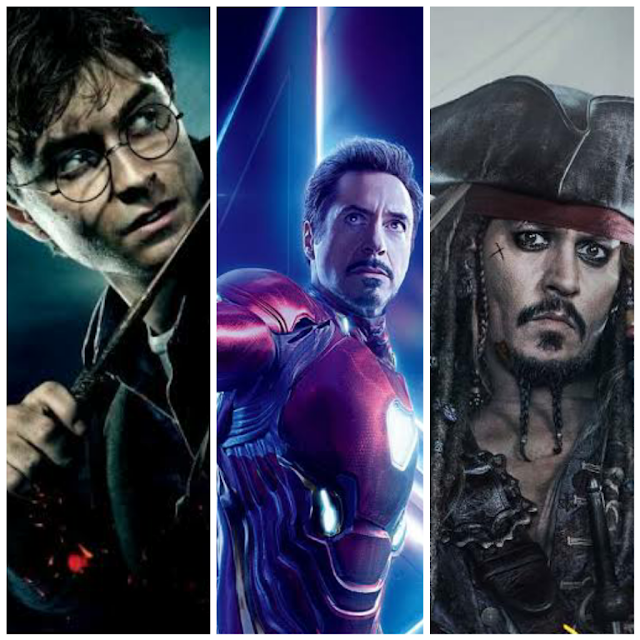 All of them are PG-13 movies. You can watch those with your family.

Well, let’s start with the top 17 adventure movies of all time favourite. 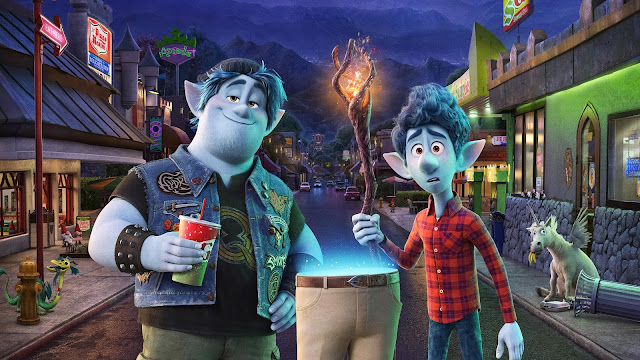 I think this is obviously one of Disney’s best animated feature films. Disney brought back two Marvel actors Chris Pratt and Tom Holland in this animated film. Which you have seen in the role of Star-lord and Spiderman respectively.

This is the story of two teenage elf brothers Ian and Barley who goes for a magical quest to bring back their late father for one day. This will definitely give you an adventurous and magical experience. 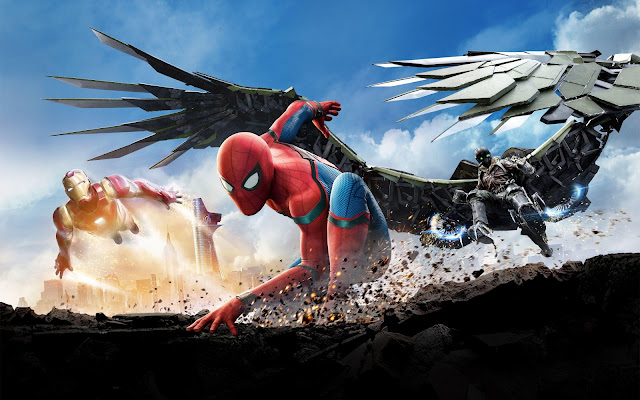 This is the first solo entry of Spiderman in the Marvel Cinematic Universe. Tom Holland as the friendly neighborhood Spiderman is great. Michael Keaton played the main antagonist named Vulture here. With the new Spiderman we can go for a very fun and thrilling adventure. Every beating moment you will think what will happen next.

Jumanji – Welcome To The Jungle 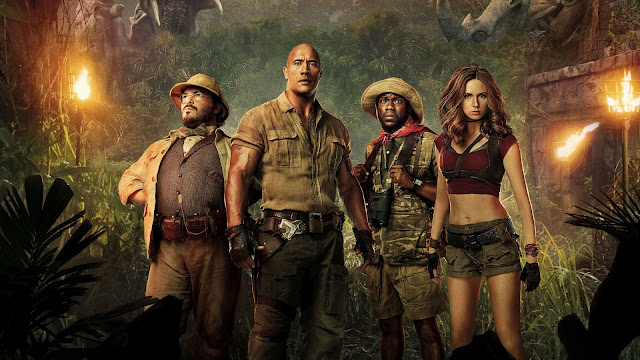 Dwayne ‘the Rock‘ Johnson, Karen Gillan, Jack Black, Nick Jonas, Kevin Hart, Jumanji- Welcome to the Jungle uses a charming cast and humorous moments to offer a solidly entertaining flick. This is a very well made family movie. You can also enjoy this movie with your friends.

Four friends trapped in a magical video game as their avatars. The only way out from the game is to finish the game together.

After its critical and commercial success, a sequel named Jumanji the Next Level released last year. 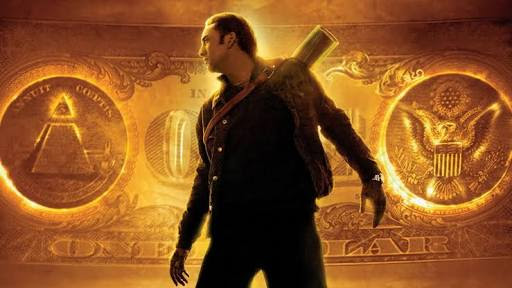 Another great but underrated action-adventure movie starring Nicholas Cage. This is also a family entertaining movie from Disney.

Benjamin Franklin Gates, a historian races to get the legendary temple treasure before a team of mercenaries.

National Treasure will thrill you from the beginning to the end. Nicholas Cage, Sean Bean and others did well. Some locations, action scenes, humors made the film very lovely and entertaining. 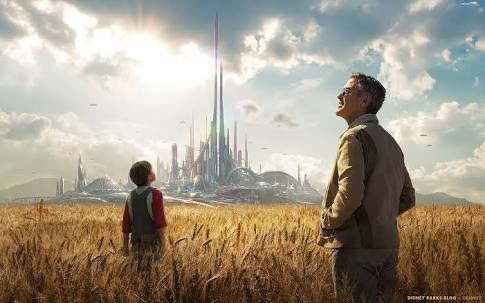 In the film, a disillusioned genius inventor (Clooney) and a teenage science enthusiast (Britt Robertson) embark on a journey to an intriguing alternate-dimension known as “Tomorrowland”, where their actions directly affect their own world.

Disney movies are always very engaging. There is no exception. I feel this is an underrated one. I enjoyed the flick a lot.

Watch it on Amazon Prime , 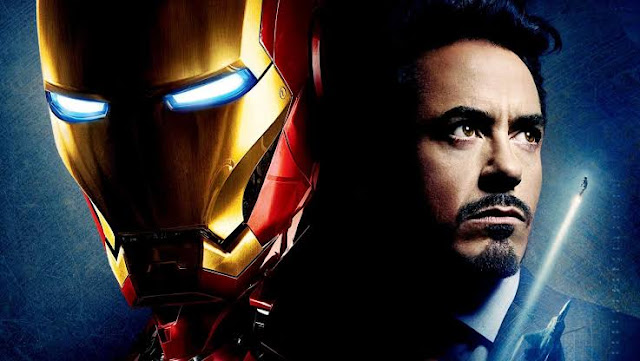 Iron Man is the beginning of the great Marvel Cinematic Universe. We enjoy every year a number of Superhero movies which are part of the MCU. Those all started from this 2008 flick. This movie established Robert Downey Jr as a bigger star in Hollywood.

After being kidnapped by a terrorist organization in Afghanistan billionaire engineer Tony Stark creates an armor to fight evil. This is a different superhero idea where we see a guy who thinks he only needs himself but then he also realized that he just might need others and they might need him. A bit of character development of Tony Stark can also be seen here.

This movie was a blockbuster and Downey’s acting was praised by the critics as well. Also the screenplay, direction, VFX and action sequences received acclaim. 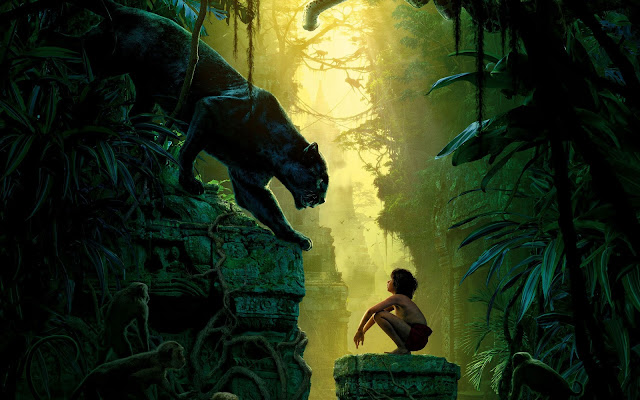 Mowgli’s adventure is always loveable. The characters Baloo, Bagheera are just wonderful ! Also, you can see Shere Khan, a tiger who is a badass villain !

Mowgli is a boy who bought up in the Jungle by a pack of wolves. When Shere Khan, a tiger, threatens to kill him. Then Bagheera, a panther and a bear named Baloo help him to escape his clutches.

It became a critical and commercial success, grossing over $966 million worldwide. The Jungle Book was praised for vocal performances, direction, musical score and faithful adaptation to Rudyard Kipling’s novel of the same name. 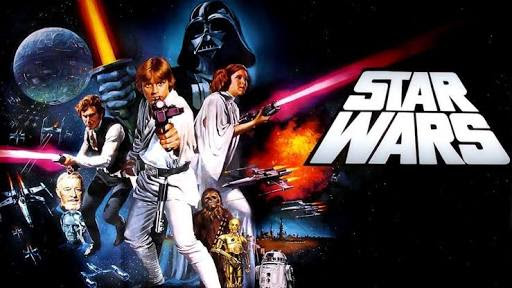 The first installment of the epic space adventure film series Star Wars is A New Hope. Directed by George Lucas, the first film is actually the fourth part of the franchise.

After Princess Leia, the leader of the Rebel Alliance, is held hostage by Darth Vader, Luke and Han Solo must free her and destroy the powerful weapon created by the Galactic Empire.

Star Wars was released in a limited number of theaters in the United States on May 25, 1977. Soon after it released, became a blockbuster hit and leading to it being expanded to a much wider release. Star Wars opened to critical acclaim. This is most notable for its groundbreaking visual effects. It grossed a total of $775 million. The film became a pop culture phenomenon and launched an industry of tie-in products including novels, comics, video games, amusement park attractions and merchandise including toys, clothings, games and many spin-off works.

The Adventures of Tintin The young reporter Tintin and his adorable cute fox terrier have plenty of adventures. Hergé’s legendary comic book series Tintin is beloved by all its readers. The stories of his adventures are also adapted in movies or television. Steven Spielberg has crafted another spirited, thrilling adventure in the form of Tintin after Indiana Jones.

Watch it on Amazon Prime ,

The Hobbit – An Unexpected Journey 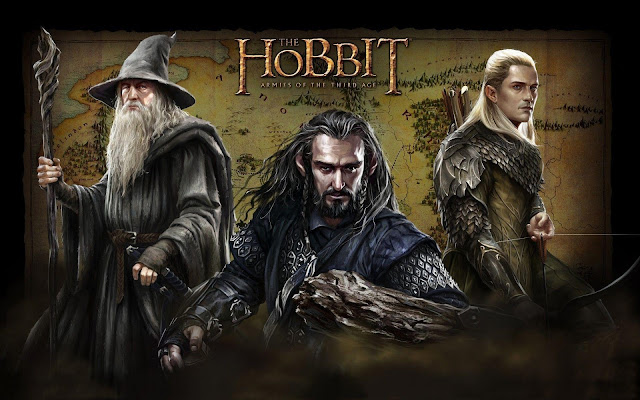 Based on J.R.R Tolkien’s 1937 novel The Hobbit, this is an epic adventure flick. This is the first part of The Hobbit trilogy, a prequel to The Lord of the Rings.

Bilbo Baggins, a Hobbit sets out to the Lonely Mountain with a spirited group of dwarves to reclaim their mountain home, and the gold within it from the dragon Smaug. This is the beginning of the adventure, the backstory of The Lord Of The Rings.

If you liked the masterpiece LOTR then you must watch this. 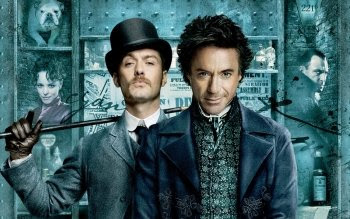 Arthur Conan Doyle’s legendary detective Sherlock Holmes is a man of happenings. He has had plenty of exciting experiences in his life.

Robert Downey Jr’s Sherlock Holmes movie has no dearth of adventures and actions.

It involves a series of murders that continued to occur throughout London. With help from Watson, Holmes sets out to locate the terrorizing Lord Blackwood. They soon find out that their case isn’t ordinary when dark magic and strange technologies weave into the mystery. 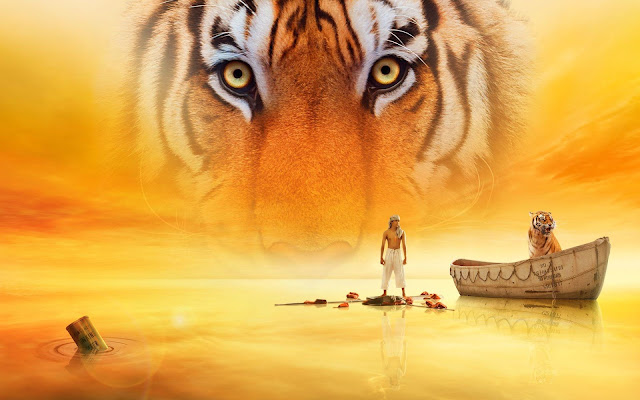 Ang Lee’s Oscar-winning film Life of Pi is a marvelous treat for the excitement seekers. This is the thrilling life story of Pi Patel. Suraj Sharma played the role of teen Pi, while the late Irrfan Khan played the adult.

The film showed Pi telling his life story to a novelist. The story narrates how after being shipwrecked Pi spent years after years in a lifeboat with a Bengal Tiger.

Life of Pi was shot in India, Taiwan, and Montreal, Quebec in 2011. R&H studios handled the VFX of this film.

Visually stunning and thrilling sequences made me moved. It has a huge success both critically and commercially with three nominations in Golden Globe. Life of Pi also won the Golden Globe Award for best original score. 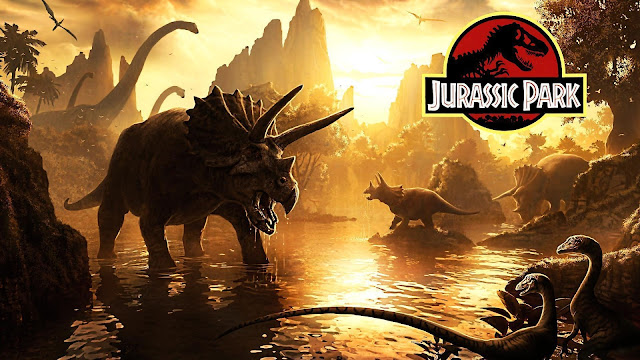 The first installment of Jurassic Park series. Based on Michale Crichton’s novel this movie is directed by Steven Spielberg. This is known for the unique concept of preserving dinosaurs in a wildlife park.

Jurassic Park is set on the fictional island of Isla Nublar, located off Central America’s Pacific Coast near Costa Rica. There, a wealthy businessman John Hammond and a team of genetic scientists have created a wildlife park of de-extinct dinosours. When industrial sabotage leads to a catastrophic shutdown of the park’s power facilities and security precautions, a small group of visitors and Hammond’s grandchildren struggle to survive and escape the perilous island.

Before Titanic this was the highest grossing film.

Watch it on Netflix , Amazon Prime 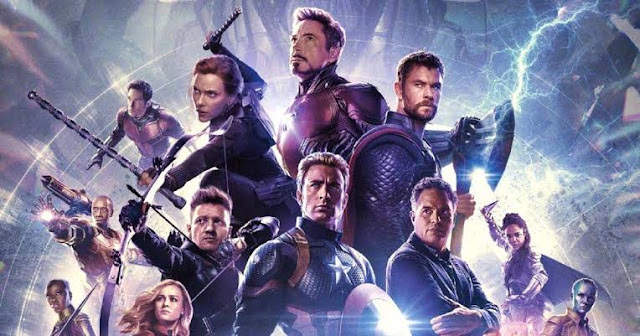 “Some people move on, but not us ” – can you remember this epic quote?

The final installment of Marvel’s infinity saga was released last year. This movie created a history in the Box office.

Avengers Endgame shows how after the snap the rest of the Avengers survived and they reunite and assemble again to reinvigorate their trounced allies and restore balance.

Pirates of the Caribbean – The Curse of the Black Pearl 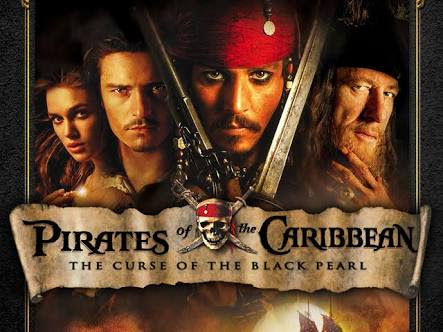 Inspired by an adventure theme park, this thoroughly entertaining and action-packed film was directed by Gore Verbinsky. Captain Jack Sparrow, the main character became an iconic character in the history of films.

In the first part blacksmith Will Turner teams up with eccentric pirate “Captain” Jack Sparrow to save his love, the governor’s daughter, from Jack’s former pirate allies, who are now undead.

Depp won the Screen Actors Guild Award for Outstanding Performance by a Male Actor in a Leading Role. In addition to Best Actor nominations at the Academy Awards, BAFTAs and Golden Globes, The Curse of the Black Pearl was also nominated for four other Academy awards and BAFTAs

After the huge success there are four sequels also released.

Back To The Future 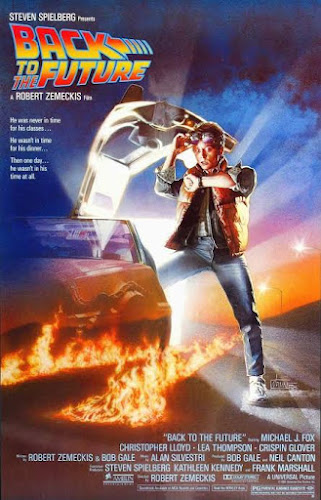 Back To The Future is a 1985 science fiction comedy adventure film directed by Robert Zemeckis. This movie is the story of time traveling. Marty McFly and Doctor Emmet Brown accidentally travels from 1985 to 1955. There Marty must make his high-school-aged parents fall in love in order to return to the present.

Harry Potter and the Prisoner of Azkaban 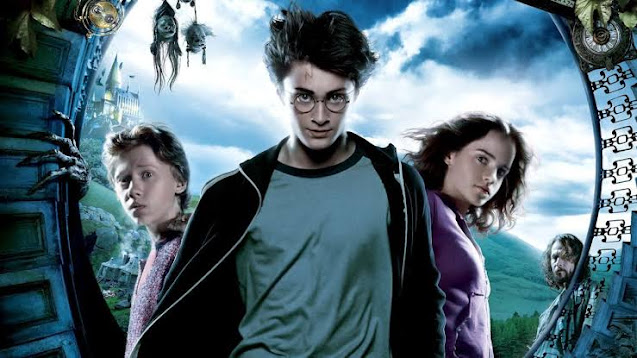 Everyone knows about Harry Potter. Based on J.K Rowling’s bestsellers, Harry Potter is a sensation in worldwide. Prisoner of Azkaban is my most favourite Harry Potter movie. I just really surprised about the time traveling in this film and loved it.

This is the third installment of Harry Potter series. The story follows Harry Potter’s third year at Hogwarts. When he is informed that a prisoner named Sirius Black has escaped from Azkaban and intends to kill him.

This film is directed by Alfanso Cuarón. His direction was praised by the critics. The lead actors are also praised. Prisoner of Azkaban is probably the best in the Harry Potter franchise. This was one of the highest grossing films too.

Thanks for reading. Hope you have enjoyed this.
Let me know in comment box how you find the list of adventure movies of all time.