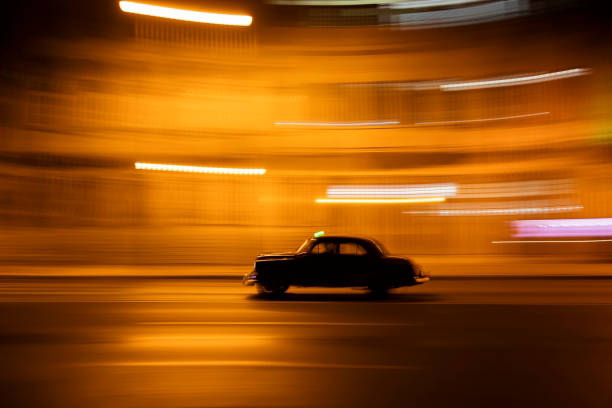 As you all know currently there is an unusual situation going on all over the world due to coronavirus. So, many countries have announced lockdowns to treat and contain the disease. To enforce social distancing, multiplexes have been closed down. And this led to movie releases getting canceled or delayed. How can a movie buff survive without catching the latest flicks? The streaming services are here to rescue people like us. So I tried to curate a list ranging from popcorn flicks to thrillers to classics full of adrenaline rush.
Well, here’s a compilation of the top 25 such movies that anyone, especially action film lovers can watch and enjoy at the comfort of home while in quarantine. Let’s get into the list:

Set in a dystopian future and based on a comic of 2000 AD comic magazine.
This 2012 film shows a futuristic mega-city where a horrible crime makes a policeman investigate a 200 story building. Full actions and gripping thrills will not make you leave this one. Karl Urban plays the lead role in this film as Judge Dredd. ‘GoT’ star Lena Hedy played the role of a drug lord in this film. The Director of this film is Pete Travis.
Watch on Netflix, Amazon Prime.
The A-Team

If you want a full package of an action-comedy thriller as well as a pure adrenaline rush you must go for it. This 2010 action thriller movie tells the adventure story of a special team named ‘The A-Team’. The film starred Schindler’s List star Liam Neeson and Hollywood heart-throb Bradley Cooper and directed by Joe Carnahan.
This movie available on Netflix, Amazon Prime
Unknown

So dudes who are among you love suspense thriller films with some tense situations must put this film in their watchlist. This Liam Neeson starrer action thriller shows how he struggles after his identity was stolen. This film was released in 2011 and directed by Jaume Collet-Serra.

A non-stop action thriller film where a mysterious text message became the nightmare of Bill Marks (Liam Neeson), a jaded U.S Marshall, who was traveling on a flight.
So what is the text message? Why has this become a nightmare? To get the answers you must watch this film in this lockdown. This film is directed by Jaume Collet-Serra, who also directed the previous film Unknown. Almost all of the film was shot on a flight.

Watch it on Netflix, Amazon Prime.

Directed by Rian Johnson, Looper is a sci-fi thriller film starring Die Hard star Bruce Willis and Joseph Gordon-Levitt. This film has a unique concept of time travel and paradoxes. If you love Terminator films you will surely enjoy this.

Released in the year 2014, director Antoine Fuqua’s ‘The Equalizer’ stars Denzel Washington is a vigilante action film. This movie focuses on an ex Defense Intelligence Agency officer named Robert McCall played by Washington who turns out to be an assassin to protect a young girl who is under control of Russian ruthless gangsters. This film is an action-packed gripping thriller that has a John Wick feel too

You can watch it on Amazon Prime.

This 2011 Indonesian action martial arts film based on Rama, Jakarta cop, and his team’s mission to take down a brutal crime lord called Tama. The action sequences in this film are great and realistic. After its world premiere at the Toronto International Film Festival (TIFF) received a positive response from critics. Gareth Evans directed this film starring Iko Uwais and Yayan Ruhian.
This movie has a sequel, if you are interested I will write about it next blog.

This Will Smith Starrer sci-fi action film released in 2004.This movie based on Issac Asimov’s book of the same name. In 2035, highly intelligent robots fill public service positions throughout the world, operating under three rules.There are some car chases,bike stunts are in this film, Will Smith played the role of detective Del Spooner.

Watch it on Amazon Prime.

Steven Speilberg’s 2002 sci-fi classic Minority Report is a must-watch for action-crime-thriller lovers. With the help of a future technology cops can see a crime and can catch criminals before committing crime. This is a very unique film and an edge of the seat thriller. Everyone can enjoy this film in this boring lockdown. The main protagonist is Mission Impossible star Tom Cruise.Some plot twists and tensions are also a part of this film.
Watch it on Netflix, Amazon Prime.

This film is the beginner of the Bourne franchise. This film was released in 2002. In this film Jason Bourne, a secret agent found himself with blank memories on a beach. Then he starts the journey to learn his true identity. This is a gripping thriller and will engage anyone who will start this film. Doug Liman directed this film.
Watch it on Netflix, Amazon Prime.
Snowpiercer

Academy Award winner director Bong Joon-ho (of Parasitefame) directed this Sci-fi action thriller film which was released in 2011. Captain America star Chris Evans played the lead role in this film.The story tells the survivors of the second ice age on a luxury train. This futuristic film shows several things that will blow your mind.

A multi-starrer action thriller film released in 2014 should watch every movie geeks.
This is the first part of this franchise. This is a spy thriller film, starring Taron Egerton, Colin Firth, Samuel L Jackson, Mark Strong and Michael Caine. Directed by Mathew Vaughn.

A Decorated Soldier wakes up in the body of an unknown man in a train. He is on a mission to prevent a bomb blast. Jake Gyllenhaal played the main protagonist in this film. This film is an excellent thriller film with some plot twist and tension. This film was released in 2011. Duncan Jones directed this film.

Watch it on Amazon Prime, Netflix.

What if Ethan Hunt (Tom Cruise) from Mission Impossible turned into a ruthless assassin, a villain ? This film is a pure adrenaline rush and will make you feel nervous at every moment. Tom Cruise’ s acting is terrific, and also stars Jamie Foxx and Jason Statham. Jamie Foxx played the main protagonist as a taxi driver. Directed by Michael Mann.
Watch it on Amazon Prime
Speed

If you stop, you die! This is one of the fastest moving adventure film. Keanu Reeves stars as an L.A bomb squad specialist. Also stars Sandra Bullock in this film. Jan de Bont is the director of this film
Watch it on Amazon Prime
Heat

Every movie lover would love to see two legends in one film. They are Al Pacino and Robert De Niro. They shared their screen as rivals of each other. Al Pacino played the role of L.A.P.D Detective Vincent Hanna and de Niro was a thief. This is a heist film. This movie will thrill you from start to the end. Directed by Michale Mann.
Watch it on Netflix
Casino Royale

This is the first bond film starring Daniel Craig. This movie was the highest-grossing bond movie before Skyfall. Casino Royale disposes of all the problems of previous films of this franchise. This film was released in 2006. This film will surely entertain you if you love to watch spy thrillers.some would even say that this is the best of this franchise. Casino Royale restarts the franchise with more realistic, more clever, and with a real dose of adrenaline. This film is directed by Martin Campbell.

Watch it on Netflix, Amazon Prime.

One of the finest action thrillers starring Liam Neeson released in 2008. An ex-Secret Service agent’s teenage daughter is kidnapped. This is the adventure of Bryan Mills to save his abducted daughter. If you are looking for some action and full of adrenaline rush you must pick this one. Directed by Pierre Morel.
Available on Amazon Prime.
John Wick

An ex-hitman comes out of retirement to track down the gangsters that took everything from him. Stylish, gripping, and suspenseful John Wick’s Director duo Chad Stahelski and David Leitch were two stuntmen of Hollywood. They managed to make this realistic and badass film that defined another level of action. The scenes of Reeves’ shooting, chasing, punches, kicks are so realistic that they can make anyone of his fans at any time.

This is by far MCU’s most intense superhero action spy thriller. Suspenseful and almost without any humors this film can satisfy any marvel die-hards for its tensed sequences. This is the first Marvel Studios movie since the original Iron Man that really stands on its own. Directed by the Russo brothers this movie has Chris Evans, Scarlett Johansson, Samuel L Jackson, Robert Redford, Sebastian Stan etc.
Available on Disney+ Hotstar, Amazon Prime.
Edge Of Tomorrow

This 2014 film is a sci-fi horror action film directed by Doug Liman starring Tom Cruise, Emily Blunt. To save earth from destructive aliens Lt. Col. Bill Cage (Tom Cruise) has to live the same day over and over again when he dies. Edge of Tomorrow was praised by critics for the humor, Liman’s direction, the aliens’ design, Cruise and Blunt’s performances, and the time-loop premise’s ability to remain fresh.

Impressive action sequences, unique storyline, relentlessly first pace thrilling the Terminator topped the United States box office and helped to launch James Cameron’s film career. It’s success led to a franchise with six parts of films. Arnold Schwarzenegger played the role of Terminator who was sent to kill back in time from 2029 to 1984.

There are no words to describe this film. The Matrix is a unique combination of spectacular action and groundbreaking special effects. This is the pioneer of breathtaking ‘bullet-time’ action sequences inspired by Asian martial art. This is a rare kind of film based on virtual reality. Actions are just mind-blowing in this film. This film is praised by both critics and audiences. Directed by Lana Wachowski, Lily Wachowski.

Christopher Nolan gifted us one of the best sci-fi action movies starring Leonardo DiCaprio, Tom Hardy, Joseph Gordon-Levitt, Michael Caine. Smart, innovative, and thrilling Inception captured some unique action sequences. This movie was created with Nolan’s own script. This movie showed the level of dreams. This is a very interesting concept and the film’s presentation and acting are just mind-blowing. This film won four Academy Awards (Best Cinematography, Best Sound Editing, Best Sound Mixing, and Best Visual Effects) and was praised by critics for its screenplay, direction, themes, visual effects, musical score, and the ensemble cast.
So, in the end, I will suggest you watch this because this is a masterpiece and also very thought-provoking. Due to its complexity, you may need to watch it more than once to fully grasp the concept.

Another classic of Christopher Nolan’s before Inception. This is the second installment of his ‘The Dark Knight’ franchise. Christian Bale played the role of Batman. This movie features one of the greatest villains of the universe, the Joker. This is not just a superhero movie, rather it is a very realistic and high-quality action drama film. This movie has a lot of depth, the performances are just epic. As a movie, this is a very rare kind of masterpiece. Judging Heath Ledger’s performance in this film is really difficult. He received the Academy Award for best supporting actor. Critically being very highly acclaimed, this is the highest-grossing Hollywood film of 2008. This film received eight academy award nominations.

16 reasons why Hrithik Roshan is my favourite actor